Getting in Your Own Way? Here’s how to get out of it 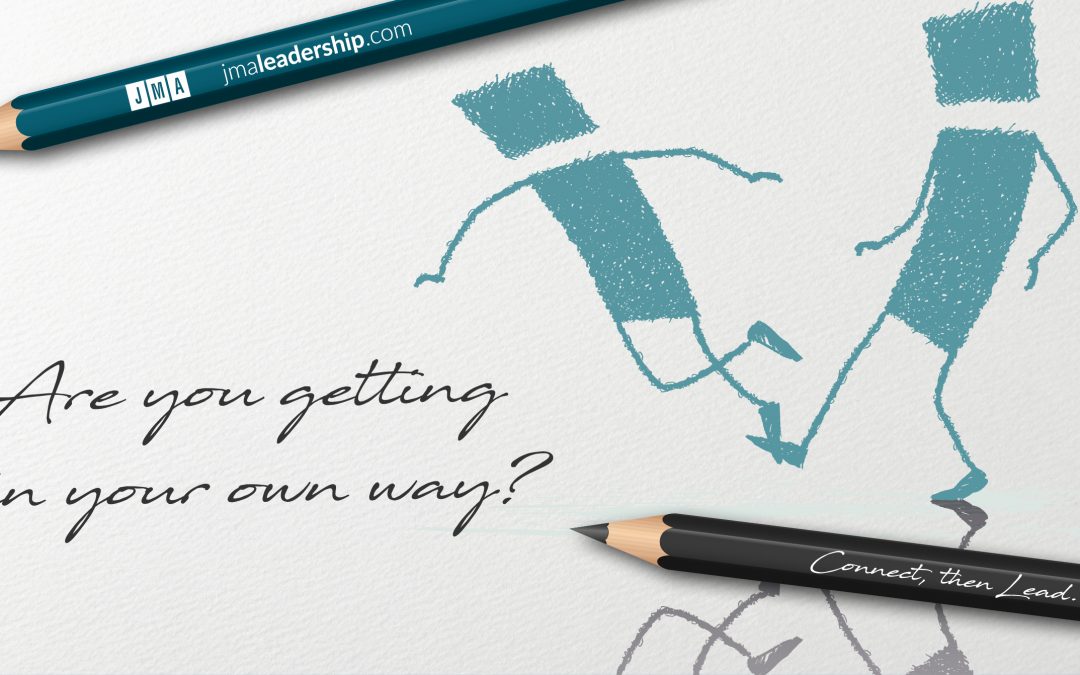 As the lockdown eases in the UK we’re having conversations with leaders about:

Have you found it easier over the last few months to cut through whatever was holding you back from being the leader that you wanted to be?

Are you now lying awake at night worried about how the gains you feel you’ve made may be short-lived?

That you’ll lose your new persona and return to the old ways of being, the old habits, unhelpful internal dialogue and limiting beliefs?

That the new shape you now embody will morph back into the old shape you held?

In its simplest form, it’s about you stopping yourself from starting – or completing – whatever is on your to-do list.

But it’s more than just this.

It’s about you stopping yourself from showing up as the competent, credible, and innovative leader that you want to be.

There can be a whole host of reasons why people ‘self-sabotage’ in the workplace. Fear usually has something to do with it – fear of failure, fear of success, fear of what others think, fear of something.

Understanding that will go some way in enabling you to self-manage your own personal blend of self-defeating behaviours.

And, in turn help you as a leader spot when others may be engaging with the same behaviours and allow you the opportunity to offer meaningful support to them.

In a nutshell then…. this manifests in having a set of self-defeating behaviours which stop you from getting going and moving forward.

“Getting out of your own way” implies somehow putting aside the anxieties and doubts, ego concerns and career pressures – “mental blocks” or “critical inner voices” – that stand between you and the effortless flow of work.

If only you were different than who you are.

In our experience, the simple fact is however: we do bring our ‘stuff’ to our leadership.

Trying to diminish or eradicate these self-defeating behaviours (which anecdotally we believe most people live with) through therapy, meditation, visualisation, positive affirmations – all of which have their place – means that we run the risk of limiting what we are capable of, our full potential as leaders.

Why does that matter?

Leaders connect with others; and through that connection have the keys to inspire and motivate people to achieve what can only be described as extraordinary work in today’s modern complex organisational landscape.

Learning how to navigate through your ‘stuff’ means:

This is a much more welcoming – some might say fulfilling – place out of which to operate.

That’s why it matters.

To re-cap, “getting out of your way”

That person is a leader who has truly got themselves out of his or her own way.

From our standpoint, it’s by labelling a thought or feeling as either good or bad, productive, or harmful, that you’re actually getting in your own way.

“Getting out of your own way” means being with who you are, moment to moment, whether you like it or not. Whether or not it’s easy or comfortable, familiar, or disturbing.

And then leading from that place.

That’s where we come in. We work with leaders to develop their leadership skills and build their team’s capability to optimise business and personal performance.

“What if I still want some tips on overcoming this?”

If you’re interested in learning more about this topic and what it means for you then call us on + 44 1604 340990 or reach out via info@jmaleadership.com. We look forward to hearing from you.